I cried and I so rarerly cry. A few days ago I heard that Ans and Ada’s newborn baby had passed away. They are such a sweet couple, and it is their first baby. I’ve been praying for them off and on since I heard about it. But what got really frustrating was when I heard the details surrounding the baby’s death. I don’t know a lot about medicine, but I can’t help but think that it could have been prevented. A big baby he had a really hard time coming out of his small mama. He must have inhaled merconium or something like that, and later died because of an infection in his lungs.

Mama James, who was telling me this, had been there while the mama labored in a full hospital room (20 other women), and had seen the baby after there was nothing more that could be done. As a mother, Mama James felt like she had done something wrong, and is having the hardest time forgetting the baby’s little face. She really wishes she would have taken them to a better hospital where they could have gotten more individual care, she wishes she had stood up for the baby’s mama, and she wishes that there was something else they could have done. I really do not blame her. I can only feel frustrated at the hospital.

As we were driving away ,after saying goodbye to Mama James, I began reading a blog post I had saved on the computer. I was kind of feeling heavy and frustrated and a little indignant, and this quote just jumped off the screen:

“Like the tears of two sisters for their brother who didn’t have to die.“

And that’s exactly how I was feeling…I was worrying over a baby who probably didn’t have to die. But what was the answer for those sisters?  The sisters asked Jesus why He didn’t come sooner, if He had their brother wouldn’t have died. He had told his disciples that He wouldn’t go right away so that the Son of God would be glorified. And to those sisters Jesus responded by weeping! (John 11:35). He allows painful things to happen for His glory, but I think it still pains Him.

And then, not by coincidence, Seeds Family Worship was playing and they were singing

Acts 17:25 He Himself gives all men life and breath and everything else.”

He is sovereign, He is the one who gives life and breath. He was not surprised when the little one had no more breath.

That is when I started crying. God Himself cares enough to speak directly to me, and tell me that He knows what it is like to lose a son, and that He will be glorified through this situation. I pray Ans, Ada, and Mama James are able to hear the same sweet words of comfort. 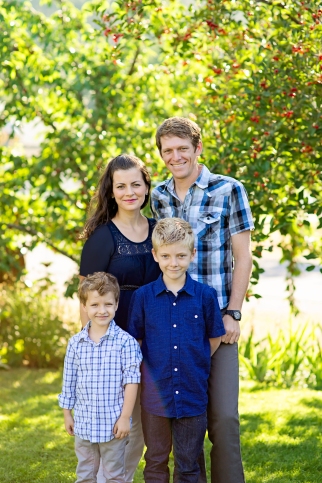 We are an ordinary family living a less ordinary life in our mountain home tucked away in the jungles of Asia.

We write about cross cultural living, travel, homeschooling, creative projects, recipes, and whatever else pops into my mind.